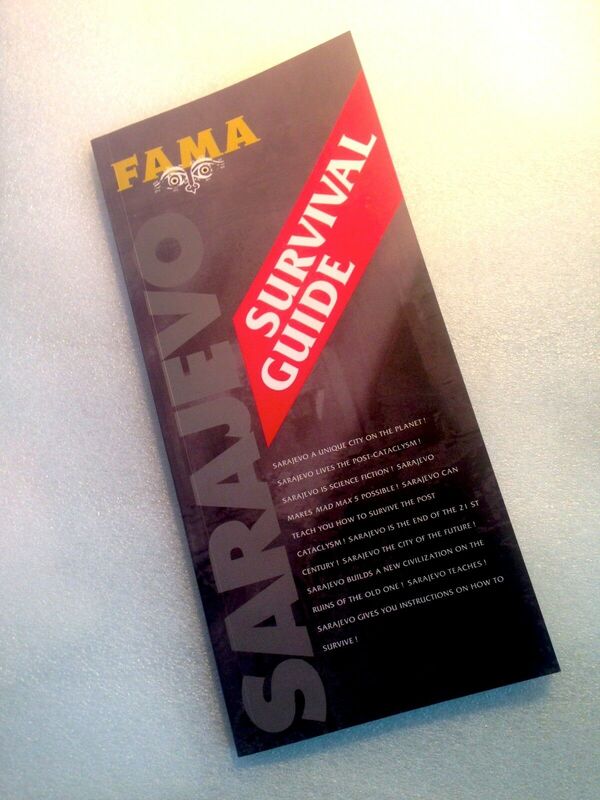 "A dead-on parody of a hip travel guide". -- The Washington Post.

During the war, in a besieged town, under the fire of shells and snipers, in conditions impossible for life and work, the Guide Book to Sarajevo was created. It intended to be a version of Michelin, taking visitors through the city and instructing them on how to survive without transportation, hotels, taxis, telephones, food, shops, heating, water, information, electricity. It is a chronicle of survival, a part of a future archive which shows the city of Sarajevo not as a victim, but as a place of experiment where wit can still achieve victory over terror. This book was written at the site on which one civilization was dismantled in the course of intentional violence, and where another one had to be born. That one, which makes something from nothing, gives some messages for the future. Not because the future is necessarily a future in war, but because humans are growing older and being born into a world which is ever less secure.

The book's style is dry and simple. Its sentences are propagandistic yet jovial, short and succinct.   Its 'recipes' of all kinds should be followed precisely, because survival is dependent on their content.  The text is accompanied by photographs which depict all life and death situations -- from devastation to the funerals, from Sarajevo citizens to their way of life.